Time to get out

According to the ISS, looking ahead to 2024, with the current political landscape as a backdrop, “South Africa is a complex country and, just as few foresaw the transition from white minority control to democracy some three decades ago, we do not claim the ability to predict the future. These are turbulent times for the country, with the potential for divergent outcomes,” the group said. 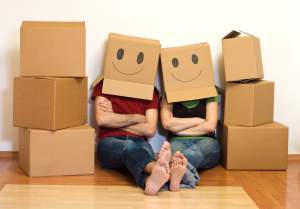 According to the ISS challenges faced by South Africa and South Africans over the next 8 years will determine if another brain drain, like that of the 90’s, are likely as more and more educated and experienced local talent seek calmer waters.

A number of key events have been identified, all of which could fundamentally alter South Africa’s path, the ISS notes.

• The municipal government elections scheduled for August 2016
• A possible international investment rating downgrade towards the latter part of 2016 or early in 2017
• Ongoing muted economic growth
• The election of a new president of the African National Congress (ANC) in December 2017 (or earlier, should President Jacob Zuma step down in response to the growing number of calls for him to do so)
• The national and provincial elections scheduled for 2019 and 2024 are also two points at which we’ll see begin to see the impact of generational change on voter behaviour as the country becomes better educated and more urban
According to the ISS things will get worse before they get better. Notably, levels of political violence will increase leading up to the 2016 elections, as well as ahead of and immediately after the 2017 ANC conference.

Market analyst Evans Osemwegie said in an article, first published in the financial publication Seeking Alpha, that investors should liquidate their financial holdings in South Africa as the country faces severe challenges.

Osemwegie, who is MD at Evago Global Capital, believes that the Johannesburg Stock Exchange (JSE) All Share Index will fall to the band between 35,000 and 40,000 within 12 months.

He too voiced his concern over the current negative media attention around president Jacob Zuma which he believes contributes negatively to the country’s reputation.

“Despite this, I do not agree with the view that president Zuma is solely responsible for the current ills affecting South Africa, which are likely to get worse after the exit of the UK from the EU,” he said.

BusinessTech quotes him as saying that there is mass disenfranchisement within the country which is split into two groups – a rich and affluent South Africa and a poor South Africa.

“Artificial programs of inclusion like the land redistribution and black empowerment programs can only be useful if skills gaps are bridged to help the great majority of the population utilize the opportunities to better themselves, the nation and future generations,” Osemwegie said.

In the Seeking Alpha article he added that the government is short-sighted – content to maintain the status quo while paying lip service to the concept of deep social and structural reforms.

Osemwegie also said that those areas of the economy that will pay the largest dividends like education, healthcare and skills development have been left far behind.

“The truth is South Africa is really on an interest rate precipice, they are very exposed to external shocks,” Osemwegie said.

“Looking at the South African economy, a casual observer would not really notice anything dramatically amiss, in fact inflation is gradually falling but beneath the surface, the social discontent in the rainbow nation is really palpable,” the analyst said.

“What we are witnessing in South Africa is a very challenging situation, an edifice whose centre has been hollowed out.” He said that while the country may look attractive on the outside, its inside is full of dead wood, ‘that only the slightest of weight placed upon it will see the whole structure crumbling down, especially when coupled with the current political crisis facing the nation’.

“The inevitable crisis coming will be the opportunity that they need to rebuild the economy again from the ground up,” Osemwegie said.