After the unsurprising resignation of controversial and shamed former Minister of Home Affairs, Malusi Gigaba, South Africa waited in bated breath to see who President Ramaphosa would appoint to mop up the Malusi mess. Yesterday, during a cabinet reshuffle announcement, the president announced that Siyabonga Cwele will be South Africa’s new Home Affairs Minister. 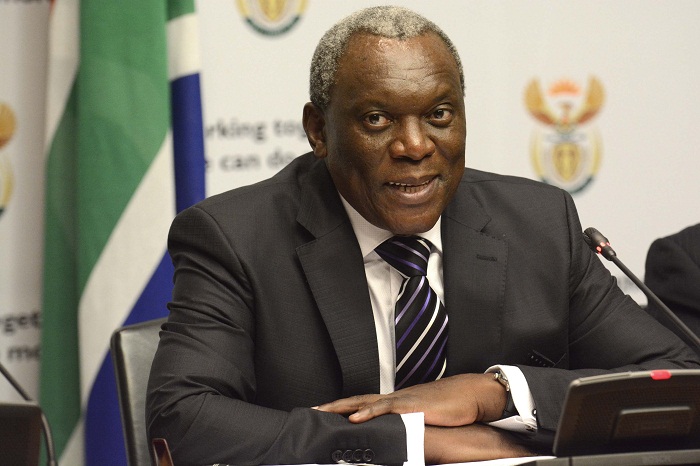 We took a look at who Cwele is and what qualifies this 60-year old to handle the country’s rather chaotic Department of Home Affairs.

In 2009 the UK imposed visa requirements on South Africa amid fears that we were, inter alia, a honeypot for illegal immigrants, and the integrity of our national identification system was deteriorating.

“Poor border management not only impedes effective customs excise revenue management, but it is an inherent threat to global security,” said the City Press’s Thebogo Kaas.

Reflecting very poorly on Gigaba’s leadership of the Home Affairs is that the latest ratings by global citizenship advisory group Henley & Partners, peg South Africa’s passport power ranking at an unflattering 52 in the world, down 17 places since 2008.

Gigaba is accused of bringing in ludicrous visa regulations for travellers wanting to visit SA, in both a professional and recreational capacity. The paperwork is long and drawn out, whereas the Unabridged Birth Certificate (UBC) requirement is a complicated process which has been off putting to tourists.

The Tourism Business Council of South Africa claim that over 13 000 travellers have been denied the chance to come to our country due to difficulties with the UBC, costing the industry an estimated R7.51 billion in lost revenue, which is very close to the Health Department’s budget deficit – according to the 2018 Auditor General report.

The Department has had unending issues with their IT-system resulting in delays, back logs and general bad administration of the department – it has also not helped their public image.

Undoubtedly much more needs to be done and corrected at Home Affairs but if these four issues, which have been very damaging for South African businesses and industries, are to be managed and corrected.