These are the visa-related changes Home Affairs made

Last week we published an article announcing the planned visa and immigration related changes announced by the Minister of Home Affairs, Mr. Malusi Gigaba MP.  The announcement has, in general, been welcomed across the board with industries like Tourism saying it is a positive step.  Below is a more detailed statement issued by the South African Department of Home Affairs.

At its ordinary meeting of 19 September 2018, Cabinet announced that a number of changes will be made to make it easier for tourists, business people and academia to come to South Africa. 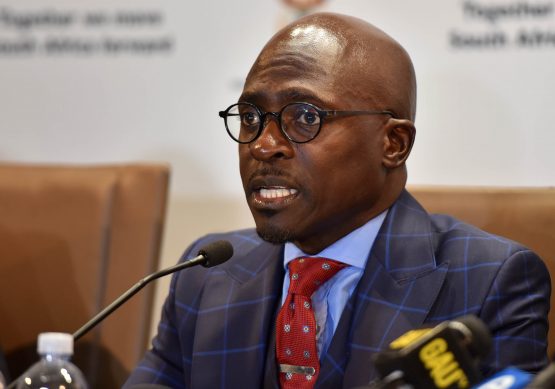 This was after Cabinet had received a joint report from the Ministers of Home Affairs and Tourism.

Travel reforms will include amendments to regulations applying to foreign minors travelling to South Africa, visa waivers and relaxation of visa requirements for certain countries.

This media briefing was therefore convened to provide details in this regard.

The Department of Home Affairs is committed to managing immigration in a way which advances our national development, security as well as our international obligations.

We play a critical economic role in admitting over 10 million international visitors to South Africa annually, which includes tourists, business travellers, investors and neighbours and are committed to playing an active part in efforts to continuing to increase these numbers of regular visitors to our country.

Millions of jobs are sustained by the economic activity generated by these travellers.

We also contribute to national development by facilitating the inward migration of skilled workers, investors, doctors, researchers and others through our visa and permit regime.

Our task is to make entry into South Africa of the aforementioned visitors as easy as possible, while guarding against risks posed by the minority of travellers who do not abide by our laws, those who overstay, and persons associated with transnational threats such as organized crime, human trafficking and terrorism.

It is a challenge inherent in immigration management to detect, prevent and act against these risks without unduly inconveniencing law-abiding travellers.

Home Affairs requires that minors travelling in or out of the Republic do so with the consent of both parents as required by Section 18(3)(c) of the Children’s Act.

As indicated by the President, we are simplifying the rules on travelling minors who are foreign nationals to minimize disruption to legitimate travellers without compromising the safety of minors and the rights of their parents.

To this end, we will issue an international travel advisory before the end of October 2018, after consultation with the Immigration Advisory Board (IAB).

Our immigration officials will only insist on documentation by exception – in high risk situations – rather than for all travellers, in line with practice by several other countries.

Rather than denying entry where documentation is absent, travellers will be given an opportunity to prove parental consent.

South African minors will still be required to prove parental consent when leaving our borders.

These changes will be implemented in good time for the festive season when many people would be travelling with children.

In line with our Africa-centric foreign and immigration policies, ordinary passport holders of 15 of the 16 SADC countries do not require visas to visit South Africa, with the exception of the Democratic Republic of Congo (DRC).

For DRC, diplomatic and official passport holders do not require a visa.

As called for by the 2017 White Paper on International Migration, we are reviewing our visa regime for other Africa countries in line with the African free movement agenda.

Where we are unable to waive visas for objective risks, we will implement other measures to ease travel.

Of our top 10 African tourism market, only Nigeria has a visa requirement for ordinary passport holders.

Of our top 10 overseas tourism markets, only India and China require a visa. Visa waivers are already in place for the rest of the top 10 overseas markets, including travellers from: the UK, the USA, Germany, France, the Netherlands, Australia, Brazil and Canada.

We have implemented a visa waiver for all citizens of the Russian Federation and Angola, on 1 April 2017 and 1 December 2017, respectively, to travel to SA without having to apply for a visa.

This has contributed to the increase in the number of tourists visiting South Africa.

Negotiations are being finalised to conclude Visa Waiver Agreements for ordinary passport holders with the following countries, from respective regions:

Eastern Europe: Belarus and Georgia; and

We are simplifying visa requirements for countries such as China and India.

This will make provision for taking biometrics on arrival in South Africa; allowing visa applications via courier and issuing 5-year multiple entry visas.

This should be in place next month, October 2018.

Easing movement in this manner will help in attracting larger numbers of tourists, business people and families.

We will consider easing, similarly, travel restrictions for certain categories of visitors for other countries, including Nigeria, Kenya and Uganda.

In order to further ease movement of travellers, for purposes of tourism, business meetings and academic exchange, we have implemented long term multiple entry visas for frequent travellers, namely:

A three-year multiple entry visa for frequent trusted travellers to South Africa, and

Business people from BRICS countries who require visas (China and India) are issued a 10-year multiple entry visa, within 5 days of application.

They do not need to apply in person, and can use courier services.

This arrangement is meant to attract business people and prospective investors.

Consultations are being finalised with other government departments, academics, business and organised labour, to implement a reviewed critical skills list by April 2019.

This will help in attracting and retaining critically skilled labour best to enhance economic development and advance our country’s new path of growth, employment and transformation.

In order to retain critical skills, foreign students who graduate at South African institutions of higher learning within critical skills categories, are offered an opportunity to apply for permanent residence upon graduation.

Those who do not opt for permanent residence are issued with critical skills visas.

South Africa is currently finalising the development of a new Biometric Movement Control System which will be piloted at Cape Town and Lanseria International Airports.

This will bring greater efficiency in the clearing of travellers arriving at our international airports.

If you recall, we have successfully completed a pilot on biometrics capturing at selected airports (OR Tambo, King Shaka, Lanseria and Cape Town International Airports).

Though unrelated to visas, the above six are the land ports of entry about which we also receive the highest volumes of complaints regarding congestion.

Processes are advances to implement and extensive physical and systems infrastructure overhaul of these ports of entry that will resolve congestion once and for all and ensure human movement, trade relations and tourism with our neighbours are all drastically improved for the common good of all.

We also have a biometric footprint at the Cape Town harbour.

In the current financial year, we are working on expanding biometrics to all remaining ports on the EMCS.

The development of e-Visa is at an advanced stage and will be piloted in New Zealand, by April 2019.

This will significantly enhance efficiency in the issuing of visas to tourists and business people visiting our country.

Once the concerns identified during the pilot phase have been addressed, it will be rolled out in other countries.

We will begin piloting e-Gates at OR Tambo, Cape Town and King Shaka International Airports by 2019.

This will allow returning South African citizens, as well as certain categories of trusted travellers, to be processed electronically rather than having to interact with an immigration officer.

This will increase efficiencies and convenience, and improve facilitation of movement of frequent travellers going through our international airports, thus creating our capacity to service those that still require manual assistance through physical availability of immigration officers.

A related priority is the need to optimize border control operations and processes. Establishing an integrated Border Management Authority is quite critical in this regard.

The Border Management Authority Bill is currently at the National Council of Provinces, for finalisation.

Boosting tourism and the economy

Changes to our visa architecture have a potential to boost tourism and to make business travel more conducive.

They will contribute to the stimulus and recovery plan the President announced on Friday (21 September 2018); and go a long way in improving lives of our people.