There is hope for South Africa’s travel and tourism, but shock waves are ahead

In its latest global Travel and Tourism Competitiveness Index report, the World Economic Forum (WEF) found that South Africa's performance in the tourism sector had improved significantly since 2013, when the previous study was conducted. 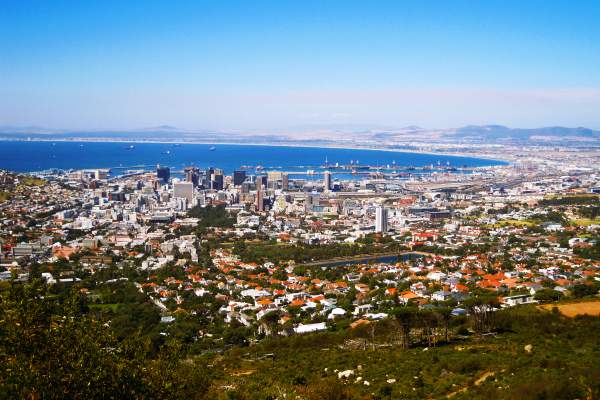 While the report underscored the need for improvements in some areas such as security, these weaknesses were outweighed by the country's natural and cultural attractions. These include the strong tourism infrastructure - in part a legacy of the 2010 World Cup - and the industry's business environment, which was rated as a powerful enabler for the sector.

The meetings, incentives, conferences and exhibitions segment in particular is a big driver. South Africa hosts over 100 conferences a year thanks to its three leading convention centres in Cape Town, Johannesburg and Durban, including major international events. It will, for example, host the WEF Africa 2015 from 3 to 5 June in Cape Town.

South Africa jumped two ranks in the 2015 survey, displacing the Seychelles atop the WEF's sub-Saharan rankings. The improved ranking was in part a reflection of the high level of government support for the travel and tourism industry and the country's effective marketing strategy, which had helped build South Africa as a brand, the report said.

Though the WEF's report saw a general improvement in the South African tourism industry, the sector could face constraints that may hinder the pace of growth in the short to medium term.

A recent wave of attacks targeting citizens of other African countries living in South Africa has damaged the nation's image in the region and beyond. A number of countries, including the UK, the US, Australia and China, have issued travel advisories warning of the potential for unrest. At present, some 70% of inbound tourists come from other African countries, according to a report issued by Statistics South Africa in late March.

Similarly, a decision by the Department of Home Affairs in 2014 to tighten up the visa application process has seen a plunge in arrivals from key markets such as India and China.

The new regulations will require tourists to apply in person for visas, whereas previously many were able to do so though their travel agent. With just two offices handling visas in China, obtaining one will entail extended travel for many potential visitors and additional costs. The same concerns apply to India, where limited access points to submit applications and increased visa costs are seen as a disincentive to travel to South Africa.

Arrivals from both India and China saw a sharp downturn in the fourth quarter of 2014, dropping 15% and 50%, respectively, a trend that is expected to accelerate with the introduction of the requirement that all applications for visas for children be accompanied by an unabridged birth certificate. While aimed at halting the trafficking of children, it also has implications for the tourism sector, making it more complex for travelling families to meet visa requirements.

Although there are some factors working in favour of the sector, such as the weaker rand, which is making South Africa a cheaper destination internationally, the decline in arrivals from some of the largest emerging markets is a cause for concern for local tourism operators.

According to Carla da Silva, acting chairman of the Board of Airline Representatives of South Africa and regional manager for Southern Africa of Air Mauritius, the new visa regulations could potentially slow growth in the tourism industry and reduce air service to South Africa. "Airlines will not be able to afford material drops in passenger numbers on routes already operating on thin margins," she told Oxford Business Group.

Marcel von Aulock, the chief executive of the gaming and hotels group Tsogo Sun, said the new visa regime could see the sector miss out on the growing Asian market. "This is being hampered by the changes in visa restrictions," Von Aulock told Oxford Business Group. "In order to unlock the massive outbound tourism numbers that you can get from China, the existing visa regime is just not going to work; it must change."

The tourism minister, Derek Hanekom, acknowledged in May that the visa regulations had negatively impacted foreign tourist arrivals, noting that talks were under way within the government to address the issue.

However, in spite of the challenges posed by the visa changes and the anti- immigrant protests, South Africa's tourism industry is still forecast to post solid growth this year - a crucial performance given the headwinds the economy is facing. According to the World Travel and Tourism Council, the tourism sector should expand by 3.4% in 2015, well above the 2% growth predicted for the broader economy.

Perhaps most important given South Africa's need to increase job creation, the council said employment levels in the sector were set to rise from last year's 1.5 million, with travel and tourism positioned to add another 500 000 jobs over the coming decade.