Chohan, speaking at a public debate that focused on xenophobia and challenges with the country's migration policy, she said that the country’s migration laws had been open to abuse for too long, “South Africa has had a very liberal visa system and it was significantly abused.” 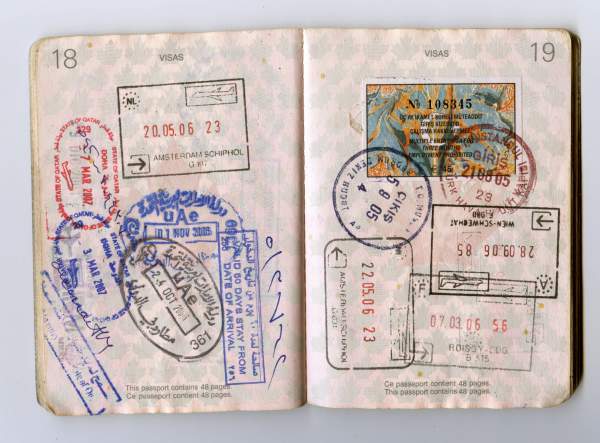 But Premier Helen Zille spoke out about the new visa regulation laws calling it contradictory to its professed goals of illuminating illegal immigrants, “They [the laws] create a context which is harder to be legal and so the great temptation is to be illegal,” remarked Zille.

In reaction South Africa's tourism industry is particularly sceptical about the laws requiring new travel documents for children, which stipulates the need for among other documents an unabridged birth certificate for all children travelling to, through or out of the Republic starting 1 June.

This was followed by concerns voiced by the Institute for Race Relations (IRR) echoing the concern already expressed by South Africa's Tourism Minister Derek Hanekom, the DA's James Vos as well as key tourism industry stakeholders including airlines, the IRR's CEO Dr Frans Cronjé is calling on the department of home affairs to delay the implementation of the new rules.

"Onerous new travel regulations, specifically the requirement that children travel with an unabridged birth certificate, to be enforced by the Department of Home Affairs within the next month will harm South Africa's tourism industry," said the IRR's CEO Dr Frans Cronjé during a speech at a conference held in Cape Town.

"The new travel requirements could see international tourists choose other travel destinations over South Africa. South Africa's primary and secondary industries - agriculture, mining, and manufacturing - were in long-term decline both in terms of their contributions to GDP and their ability to create jobs and that this had closed off work opportunities to less skilled people.

"The tourism industry, however, had the potential to replace the jobs lost in those declining sectors,"Cronjé said.

According to Cronjé, the danger therefore is that South African policy makers are closing off another avenue of employment to poor and unskilled people – especially in rural areas where tourists might have travelled to.

"This will be bad for the economy, bad for jobs, and bad for South Africa."

The IRR has suggested that the department delay the implementation of the birth certificate requirement and re-draft its travel policy.

As previously reported tourism minister Derek Hanekom had felt it was too early to determine the exact impact on the industry that grew by 6.6% in 2014, reportedly higher than most countries' averages.

But Hanekom did voice his concerns about the negative growth over the past six months from countries affected by the regulations.

Contrary to the department of tourism's cautious approach to evaluate the future impact the new rules could have on South Africa’s tourism industry, DA Member of Parliament James Vos says the new immigration rules will cost the tourism sector over R6.8bn in losses and result in severe job cuts.

Vos said this was according information released by the Board of Airline Representatives of South Africa. When the new rules come into play, airlines will be forced to refuse travel to families not in possession of these documents.

South African Airways' North America sales office on Monday issued an alert to all its travel partners once again warning about the new changes set to come into effect on 1 June. The alert states, "All children under the age of 18, regardless of nationality when travelling to or from South Africa will be required to have additional documentation.

"South African Airways advises travel partners to review all documentation requirements when booking minors to or from South Africa.

"Travellers who arrive in South Africa without the required documentation can be detained and/or deported immediately."

Vos said, “A child denied boarding by an airline ultimately means a family can’t travel and, by industry estimates, until traveller awareness is 100%, tourist arrivals to South Africa could be negatively impacted by up to 20%.”

In an attempt to make the new requirements easy to understand, the department of home affairs has issued an official brochure to prospective travellers, click here to see the document, detailing the requirements but many feel it is too little, too late.