Newly announced changes to South Africa’s immigration law means that it is now possible for foreign partners and children of South African permanent residents and citizens to apply for long-term visas granting them more rights and privileges. Great news for foreigners living in South Africa! 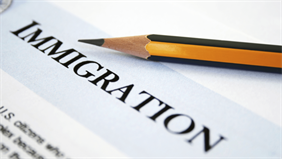 Before Directive 7 of 2019 of the South African Immigration act was passed earlier this month foreign spouses, partners and children of South African citizens and permanent residents who entered the Republic on a visitors’ visa were unable to change their visa status as their circumstances changed.  This meant that they were unable to enjoy the benefits of a Relative Visa or even obtaining a Work Visa.

The Deputy General of Immigration Services, JW McKay, issued a notice that the previous law had been declared unconstitutional during a Constitutional Court sitting in June this year.  The notice reads, “On 28 June 2019 judgement was deliver in the Constitutional Court of South Africa (Case No 114/18) declaring Regulation 9(9)(a) of the Immigration Regulations unconstitutional in so far foreign spouses and children of South African citizens and permanent residents are concerned.  It therefore follows that such spouses and children can with immediate effect apply to change their status or the conditions attached to their visas from within the country without the need to first apply for a waiver.”

The amendment to the law also means that a spouse or child will not have to travel abroad (to their country of birth) to file the required longer term visa application at the South African Mission.  Instead they will be able to file their application from within the republic’s borders. This means that families will no longer be torn apart during this costly, traumatic and lengthy process.  This infringement of the spouses’ right to cohabitation and children’s rights to dignity, whilst the visa formalities had to be met, have now been deemed unconstitutional.

The amendment to the law means that spouses or partners and children of South African citizens and permanent residents may now opt to travel to South Africa with for instance a tourist visa and apply in South Africa for a longer term work or study visa.