Fewer high income earners were living on South African shores this time last year. The number of these high net worth Individuals (HNWI) declined by 18% during 2015 - from 46,800 at the end of 2014 to 38,500 at the end of 2015. This means that South Africans with net assets of $1m (about R15 million) or more are draining out of the country’s economy. 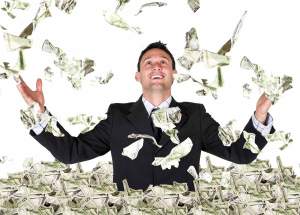 According to Fin24, who first published the report, New World Wealth included HNWI in their report that are living or working in SA, including expats.

Andrew Amoils, head of research at New World Wealth, said to Fin24 that the decline in numbers was mainly due to poor economic conditions in South Africa. The rand depreciated by 25% against the dollar and the JSE was down 22% in dollar terms during the year. A significant number of HNWIs also left the country.

The New World Wealth report cited the top reasons for HNWIs leaving SA are financial concerns; the inability to deal with changing social dynamics in SA; concerns for their children’s future, including education; crime; BEE requirements; and concerns that someone in the family might contract HIV/Aids.

As part of the latest wealth report, New World Wealth created a scorecard of the main factors that encourage wealth creation in a country. These factors include strong ownership rights; strong economic growth; a well-developed banking system and stock market; free and independent media; a low level of government intervention; low income tax and company tax rates; ease of investment; and a low level of trade union involvement.

Ongoing issues include government-owned monopolies such as Eskom, BEE ownership and compulsory affirmative action, which "create large inefficiencies within the economy".

SA also did not score well in the categories of low income tax and company tax rates (1/10) and ease of investment (2/10). For low level of trade union involvement, it scored a mere 1/10.

Amoils said this is because SA’s unions have become increasingly active over the past five years, which has driven up wages and pushed up unemployment and inflation. It has also resulted in the closure of several mines and discouraged new business formation. Postal and platinum strikes lasted almost five months, for example.

The report highlighted certain risks for SA going forward. These include a rising level of government regulation in the business sector; a rising number of strikes and labour action over the past few years, which especially impacted heavily on the mining and utilities sectors while government corruption and inefficiency, specifically relating to tenders and personal expenses are creating mistrust.

Other risks are the unemployment rate, high crime rates and the rising level of emigration of wealthy people out of the country. Amoils warned that the situation is very similar to the events that transpired just before Zimbabwe’s collapse.