In October local travel industry role players again criticized the minister’s stringent visa rules which they said had caused a sharp drop in tourists – especially those from China who are now required to make long trips to South African embassies and consulates in designated cities to acquire visas. 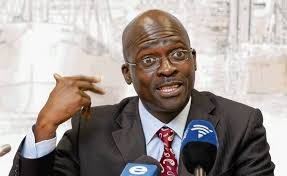 The tourism industry estimates that the rules, drawn up and staunchly defended by Gigaba, had resulted in lost revenue of about $540 million a year.

"The drop happened at a time when there was an Ebola outbreak on the African continent. To blame the drop in tourism numbers on visa requirements is lazy," Gigaba told Reuters on the sidelines of a meeting between South Africa's President Jacob Zumathe and Chinese President Xi Jinping.

Tourism Minister Derek Hanekom said in July that the rules had to be relaxed after a "worrying drop" in visitor numbers, but Gigaba insisted that they were needed to guard against child trafficking.

The visa rules were relaxed in October to make it easier for visitors with children and those from India, China and Russia.

"We never made a mistake," Gigaba said when asked if the rules had been a mistake. "That's why we didn't change the regulations. We changed the specifications."

"There is certainly hypocrisy in travel warnings. If you consider the scale of incidents in Africa, it's very low compared to what you are seeing in the EU," he said referring to last month's attacks in Paris.