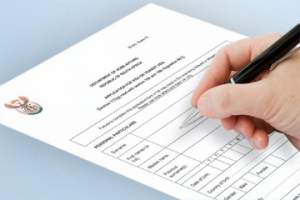 This announcement comes in reaction to New Zealand’s requirement for South Africans to obtain a visa prior to boarding a flight to New Zealand – which came into effect on 21 November this year.

South Africa’s Minister of Home Affairs, Malusi Gigaba on Tuesday, 13 December 2016, announced that a reciprocal visa will come into effect by mid-January.

The Department of Home Affairs in a tweet announced, "From 16 January 2017 New Zealanders will now be requested to obtain a visa to enter RSA".

"Reciprocity is a national principle" Gigaba said in a press conference held on Tuesday.

"South Africa has, for some time now, adopted a visa policy which is based on the principle of reciprocity. Therefore, in view of the afore-mentioned, a decision was taken to reciprocate by withdrawing the visa exemption which New Zealand passport holders enjoy.”

The New Zealand Government attributed certain factors which led them to the decision to withdraw the visa waiver arrangements for South African passport holders. It listed as among the factors:

“New Zealand diplomatic, official and ordinary passport holders who arrive at a South African port of entry on or after 16 January 2017 and who are not in possession of a visa for the intended purpose and duration of stay, will not be allowed entry into South Africa,” said Gigaba at the press conference.