South Africa: Foreign nationals urged to get their paperwork in order as Malawians are deported

More than 300 Malawian nationals living and working in South Africa were deported after they failed to produce the necessary legal documents necessary to live and work in the Republic. 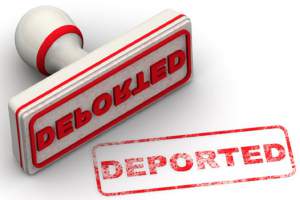 According to Nyasa Times, Malawi’s deputy national spokesperson for the immigration department, Wellington Chiponde, said that half of the deportees arrived in South Africa on Tuesday and were turned straight back home.

The other half was expected to have arrived on Wednesday.

Around 849 Malawians were detained by South African authorities for contravening immigration laws.

In 2016, South Africa deported more than 120 Malawians. They had been detained at the Lindela Immigration Removal Centre in Krugersdorp for living in the country illegally.