According to the results of a new survey five times more work‚ relatives and business visas applications were received by foreigners entering the country. 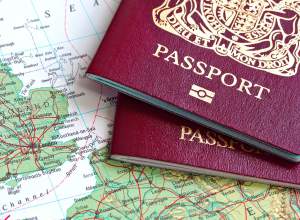 The survey, conducted by Stats SA, was released last week and showed that after visitor permits‚ relative‚ study and work permits were the most popular among foreigners applying for temporary residency in 2015.

Based on the information gathered through the survey the Department of Home Affairs approved more than 6‚000 permanent residency permits in 2015 compared to 1‚283 in 2012‚ but the number of temporary permits issued nearly halved from 141‚550 to 75‚076.

“A new Immigration Act came into operation in 2014‚ which resulted in amended requirements for temporary residence visas‚” said department spokesman Thabo Mokgola in a press statement.

“The process was streamlined‚ which made it easier to apply for residency but also got rid of certain processes which allowed people to abuse the system.”

Foreigners who qualified were permitted permanent or prolonged stays of up to three years on a number of grounds‚ including medical treatment and retirement.

Nigerians and Zimbabweans received the most residency permits overall in 2015‚ while India led the way for non-African overseas countries‚ followed by Bangladesh‚ China and the UK.

Migration specialists are of the opinion that Indians and Brits were qualifying on the basis of being critically skilled. And credible applications for spousal working visas and critical skills visas were usually the most successful.

Typically applicants from first-world countries have the least amount of resistance when applying for a South African visa while applicants who are not successful in many cases submit applications that are incomplete or unsubstantiated said a Department spokesperson. He added that applicants who make themselves guilty of fraud are rooted out and will not be able to apply for a visa for at least a number of years.

Stats SA also found that more than two-thirds of residency permits were awarded to the top 10 countries‚ which also included Germany‚ Pakistan and the Democratic Republic of Congo.

Mokgola said these countries were lodging the most applications “due to ongoing business ventures in South Africa or in conjunction with South African companies”.