According to the latest news reports massive changes to the South African visa system could be on the cards and may soon see nationals from other African countries entering the country without acquiring a visa. 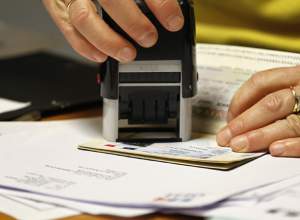 In what is likely to be called the “trusted travellers program” the South African Department of Home Affairs is working towards allowing certain regular travellers such as academics, diplomats, business people and students from all over Africa to enter the country without the need to hold a visa.

“South Africa fully supports the vision of an Africa where its citizens can move more freely across national borders, where intra-Africa trade is encouraged and there is greater integration and development of the African continent” said African Union President Nkosazana Dlamini-Zuma launching the African Passport last year.

In March, Home Affairs also confirmed that “visa-free travel for South Africans to the EU” was still in the works. Former Home Affairs Minister, Malusi Gigaba, stated in September last year that the European Union were considering relaxing or eliminating visa requirements for South African nationals.

In short, if this new White Paper is approved:

• African citizens, deemed as trusted travellers, will be able to enter South Africa visa-free where there are reciprocal agreements
• Trusted travellers will be allowed visa-free entry into the Republic for up to 90 days at a time
• Visas will only be needed when there are risks of foreign nationals overstaying the terms of entry into the country.
• Travellers who may pose or facilitate security risks like organised crime, terrorism and political instability, civil registration risks will also still have to obtain a visa before entry into the country will be allowed – if at all.
• Nationals from countries “with a high number of nationals who abuse the asylum system” will also have to obtain a visa

The South African Minister of Home Affairs, Hlengiwe Mkhize, is expected to announce details on the new immigration dispensation during her budget speech this Wednesday.