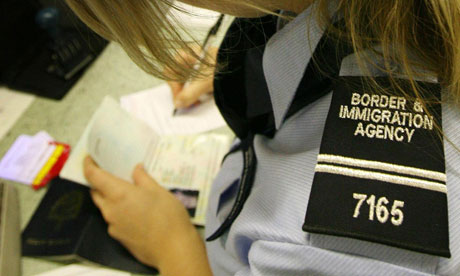 Efforts to find and deport any and all undocumented and illegal immigrants have been taken up a notch with the announcement that the South African Government is preparing to spend more than R118 million over the next three years to rid the country of those illegally working and living within its borders.

The South African Department of Home Affairs issued a stern warning that they will be coming after companies employing foreign nationals who do not hold the appropriate visas allowing them to work in the country.

“We will start with recruiting 70 immigration inspectors in this financial year and we will increase that gradually in the next financial years so that we have sufficient capacity,” said Gigaba during a press briefing in Pretoria on Sunday.

The inspectors will add to an existing staff base which Gigaba said needs more man power because there is a lot of work to be done.

“We need to look at different sectors of the South Africa economy, the retail sector, the construction sector, the agricultural sector, the hospitality sector – particularly restaurants, to ensure that they comply with South African legislation,” the Minister said.

The minister said while most undocumented immigrants are hired at low level jobs , corporate South Africa, is also contravening the laws by hiring foreign nationals not in accordance to the visa’s which they would have been awarded.

“Somebody comes to South Africa as visitor and then the company suddenly employs them on a long-term basis and then comes to us to say this person - who came to us a visitor – should be given a critical skills visa or a corporate skills visa.”

According to Gigaba the government will be announcing a new capacitated corporate desk in the Home Affairs Department to assist companies. He also said that the department will partner with the Gauteng Growth and Development Agency to work with corporates in ensuring that they comply with the immigration legislation.

He said that the effort is to protect immigrants who become vulnerable when hired in breach of labour legislation.

“[Due to the fact that] immigrants are employed at lesser wages and outside the framework of the labour relations legislation they are therefore always put at an advantage when employment is concerned against South Africans but at the same time they are disadvantaged in that they earn less, they have no legal protection and cannot even receive the protection of unions when they are being victimised and exploited at work.”

Gigaba added that all immigrants with work visa are to be employed in terms of the Basic Conditions Employment Act.

The Minister said while all undocumented workers will be deported, there are also consequences for employers too.

“Companies will be fined or prosecuted, we will take legal action against those companies.”