Bernstein lays specific emphasis on the country’s current migration law, which is plagued with criticism, and says South Africa has to enthusiastically embrace migrants rather than begrudgingly allow them access to the country – this is especially valid in the case of those migrants bringing their skills with them, making a positive impact on the South African society and economy. 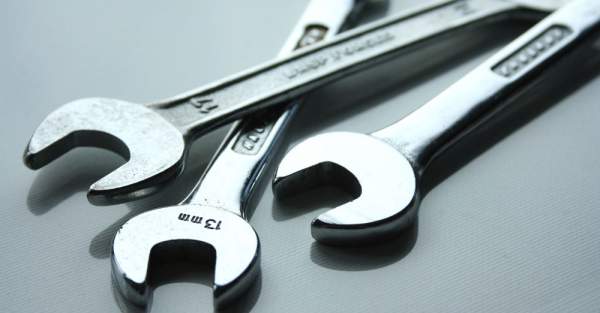 Bernstein writes; Since the late 1990s, the Centre for Development and Enterprise (CDE) has developed practical recommendations for linking skilled immigration to growth. However as we concluded in a major policy document on the subject in 2010, the contribution of immigrant skills to growth cannot be seen in isolation from other aspects of migration, such as undocumented immigrants and asylum seekers; and we made detailed proposals that covered all important aspects of migration policy.

In 2008, in response to the murderous attacks on people from other countries, CDE called for a commission of enquiry to learn how these tragic events came about and might be prevented in the future. Perhaps if the call had been heeded, President Zuma would not have had to admit in 2015 that we did not learn from 2008, and the terrible events of the past few months might not have occurred.

In the aftermath of the latest outbreaks of violence and destruction this year, we welcome the intention of the Minister of Home Affairs, Malusi Gigaba, to rethink migration policy and offer the following points of departure:

CDE again calls for a judicial commission of enquiry into the January and April outbreaks. The country needs to know far more about the mixture of criminality, xenophobia, bad policy, misguided or malicious statements by public figures, intelligence failure, bad policing and other ingredients that went into these terrible events. We need a speedy, well-organized investigation that delivers facts and recommendations so that South Africa cannot say in the future: "we failed to learn from 2015."

There has to be consistency across government on migration issues. We need to stop demonizing foreigners in explicit and implicit ways. One reason why so little has been delivered in the way of skilled immigration, despite repeated promises at the highest level, is that there is no shared understanding across government of the enormously positive link between immigrant skills and growth.

Asylum seekers: Serious resources must be devoted to this ongoing challenge. That there are a quarter of a million pending or failed asylum seekers in South Africa contributes to tensions. The mismatch between one of the highest numbers of annual applications for asylum in the world, long delays and an acceptance rate that varies between 10% and 15% is a recipe for trouble.

Facts matter: More accurate information must be produced and dubious numbers challenged. Greatly exaggerated estimates of the numbers of "foreigners" in South Africa - often unquestioningly recycled by politicians, commentators and media - underpin the tensions and resentments that lead to violence.

Myths must be challenged: CDE's and other research have conclusively dispelled assertions that large numbers of black graduates are unemployed, removing one of the popular arguments against skilled immigration. Research also indicates that migrants create jobs rather than "steal them" and are no more criminal than the local population.

Similar popular assertions about large-scale abuse of social services, housing and grants need authoritative - and well-publicized - research to establish the real situation.
Border management: CDE welcomes the announcement by Minister Gigaba that a major priority will be to set up an effective border management agency in financial year 2016-2017. However, this "priority" has been around since the late 1990s, resurfacing six years ago in President Zuma's 2009 state of the nation speech.

Such an agency will have to be the instrument of smart and innovative policies for border management. Completely porous borders and totally sealed borders are neither desirable nor achievable. A "fortress South Africa" reliance on fences and heavy policing will consume too many resources, disrupt cross-border trade, tourism and human rights and probably be doomed to failure. This is not to doubt the legitimacy and importance of managing borders: every state has the right and responsibility to do so. However, careful thought needs to be devoted to how it should be done cost-effectively and without unintended consequences.

Immigrant skills: it's time to move from what is (grudgingly) allowed to enthusiastically encouraging foreign skills to help accelerate the country's growth. The dire social and economic conditions which have helped give rise to the shocking violence against foreigners will only be alleviated if the economy grows much faster and in a more labour-intensive way. However, the long-standing massive skills shortage will prevent this.

Closing the gap between promise and performance in skilled immigration is an essential growth catalyst. South Africa's failure to exploit the dividend of skilled immigration amounts to disabling self-harm. The enormous contribution of foreign skills to the US economy is well-known - think Silicon Valley, where over one-third of companies have been started by foreigners. Many developing countries (e.g. China, Brazil) are coming up against skills shortages and preparing themselves to participate in the global competition for talent.

The violence of 2008 and this year cannot be neatly put in a box and labelled "xenophobia".

The warning signs are multiplying. South Africa is in dangerous waters.
Accelerated and more labour-intensive economic growth is essential for stability. Managing the challenges of migration is a key part of what we need to get right. Crisis management is not the answer in this complex policy arena.