EFF calls for scrapping of immigration laws for Africans

Bey was arrested in South Africa on 9 January for failing to produce valid travel documents at a South African border post and for overstaying the terms of his visa. He and his family have consequently be ordered out of the Republic and have been banned from re-entering for at least five years. Now, reports Media24, the EFF wants Africans scattered around the world to be exempt from South Africa’s immigration laws, starting with Mos Def. 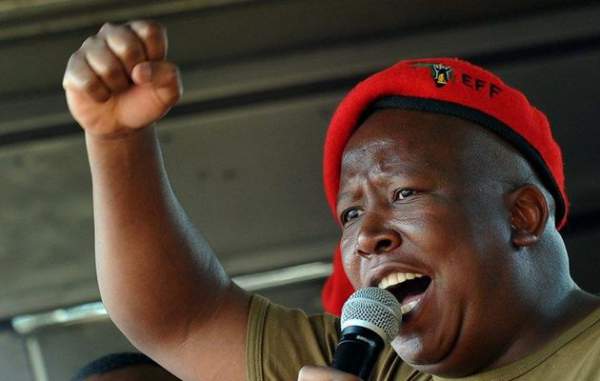 He was a member of the African diaspora and should be welcome in the country anytime, said EFF spokesperson and MP, Mbuyiseni Ndlozi, to Media24 on Wednesday.

"It cannot be in the laws and practices of South Africa to criminalise, arrest and even deport Africans from the diaspora who made it their mission to visit and find home in South Africa," added Ndlozi.

Def was arrested at Cape Town International Airport allegedly for trying to leave South Africa on a "world passport". This was in spite of him being in possession of a South African Tourist Visa allowing him legal stay in the country from 30 November and 28 February. He was arrested for violation of the country’s Immigration Act and released on bail of R5 000.

It is reported that when Def tried to leave the country he produced a controversial ‘World Passport’ – a travel document not recognized by South African law makers. The international star insisted to be allow passage through the border post using his "World Government of World Citizens" passport – which is believed by some to give them the right to travel anywhere on earth. While the passport is, in-fact, recognized by some countries it is also not accepted as a legal travel document by most – including the Republic.

But, claims Def, he had used it in South Africa on previous occasions and had never encountered difficulty. In response to these claims the South African Department of Home Affairs did not agree.

"It therefore cannot be correct that when these Africans come back to their origins and roots, they are subjected to the same treatment by a black government," said Ndlozi.

South Africa had an historical obligation to be a home for all Africans. Their efforts had helped isolate South Africa until the apartheid regime capitulated to a political settlement, the EFF said in a statement to Media24.

The EFF added that the enforcement of immigration laws had to be handled more humanely or Africans would be discouraged from visiting and plans to petition the department with its demands.