Controversial List of 187 farms targeted in Expropriation without Compensation

This morning 187 farmers, their families and workers woke to an uncertain future after learning on Sunday that their farm and lively hood is targeted to be confiscated, without compensation, by the ANC government.

AfriForum published a list of farms in the line of fire on its website on Sunday.  The list has since spread like wild fire.  The controversial list, which contrary to the ANC’s announcement last week that it had identified 139 farms for expropriation, had now heavily grown to 187 farms.  Creating even more distrust of the ANC and its intentions with many believing this list is far from complete. 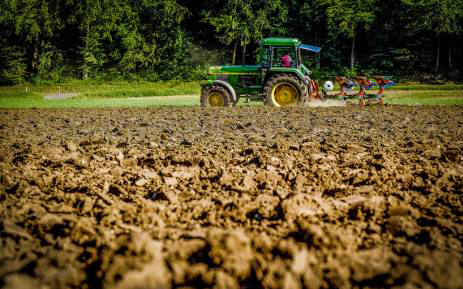 Ernst Roets, Deputy CEO of AfriForum, said that a preliminary investigation indicated that the list probably contains many farms that have no history of land claims and on which there currently exist no dispute between the owners and the state. “We expect that many a land owner will be shocked to learn that their property has been identified for this purpose. This is exactly why it is so important that the list be shared and for people to contact us.”

South Africa now awaits reaction from the international community after both Australia and Russia recently indicated they would be happy to absorb farmers who have decided to leave South Africa and take their experience and knowledge with them.

This morning the British online publication express.co.uk  headlined; “South Africa on brink of ‘ANARCHY’ as president demands white farmers’ land is seized”. Adding that “South Africa’s white farmers have hit out in anger at the government’s decision to agree to constitutional changes to seize land from them.”

Roets warned landowners that this list is a ‘wake-up call’ to those who still believe that government has good intentions and who still wonder whether expropriation without compensation will truly lead to greater food security. “It is clear that the motif surely isn’t to correct historic mistakes, but that the process has ulterior political motives.”

The list include the names of 9 Limpopo farms, 24 farms in Mpumalanga, 2 farms in the Western Cape, a shocking 31 farms in the North West  and 27 in the Free State – the country’s main producers of maize, wheat and red meat.  In the Eastern Cape 28 farms are being listed while 17 properties in the Northern-Cape is to meet the same fate.  In Gauteng, the smallest province, 19 farms are being targeted.

Kwa-Zulu-Natal has been second hardest hit with a surprising 30 properties identified for expropriation.  This after King Goodwill Zwelentini, the Zulu traditional leader, warned the ANC that his followers are prepared to fight off any claims to land which is considered Zulu property.

A few farms are listed but details of their ownership and whereabouts are unclear at this point.

Parliament passed a motion earlier this year to change section 25 to make it easier to expropriate property without compensating owners for it, and resolved to consult the public nationally on its views on the way forward.

Reportedly more nearly 700,000 written submissions against land expropriation without compensation have been submitted to  the Constitutional Review Committee’s (CRC).