Controversial Gigaba Back in the Driver’s Seat 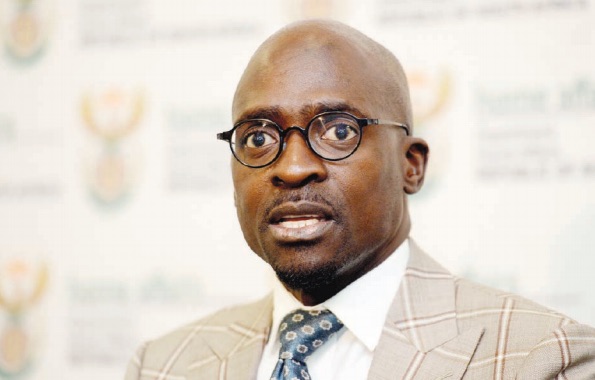 His last official task as Minister of Finance was to deliver South Africa’s newest budget address. The Minister took the opportunity to announce that the largest reallocation of resources was to make good on former President Zuma’s promise for higher education and training, amounting to an additional R57bn to fund the phasing in of free tertiary education. Something many believes the country cannot afford.

The budget was met with much criticism after Gigaba announced that an R57 billion shortfall would be funded by regular citizens through the raising of Value Added Tax (VAT) by 1 percent to 15 percent – affecting even the poorest of the nation. This will be the first time since 1993 that VAT is to be raised.

Gigaba, along with six other former ministers, has previously been linked to the state capture controversy after leaked emails (June 2017) suggested that Gigaba facilitated the Gupta family’s applications for naturalisation. The then Home Affairs Minister waived the legal requirements for citizenship and granted the Guptas' request.

Gigaba’s name was also dragged into a court battle with the Oppenheimer family over its application to operate an international customs and immigration service at OR Tambo International Airport. This effectively gave the Oppenheimer’s the opportunity to run a private customs and immigration service allowing international arrivals and departures of heads of state and other VVIPs using private aircraft in and out of OR Tambo Airport.

In May 2014 Gigaba was first appointed as head of the Department of Home Affairs replacing Naledi Pandor.
Gigaba made headlines when he was spotted playing the popular electronic game “Candy Crush” on his tablet during a sitting of the National Assembly. During his 3 year tenure, the Candy Crush playing minister made international headlines by enforcing extreme immigration regulations which on many occasions saw families are torn apart and young children being declared undesirables for not meeting these immigration requirements.

The controversial rule changes are estimated to have cost the country around 100 000 tourists at the time and created a headache for employers of economic migrants.

The 46-year old Eshowe native was first elected to the National Assembly in 1999 as part of the African National Congress, he resigned in 2001 but was re-elected in 2004.