Cape Town is third most affordable expat city in the world.

The top five most expensive cities have remained relatively stable. Moving from No. 3 to No. 2 this year, Hong Kong, with its currency pegged to the U.S. Dollar, is known for having one of the most expensive housing markets in the world. Zurich, Geneva and Bern all remained in the top 10, strengthening Switzerland’s position as one of the most expensive countries for expats, thanks to this year’s appreciation of the Swiss Franc against the Euro. Singapore held its position at No. 4 for the second year, a consistently popular and pricey location for multinational companies in the Asia-Pacific region. Seoul rose from No. 14 to No. 8 because of the recent appreciation of the Korean currency. 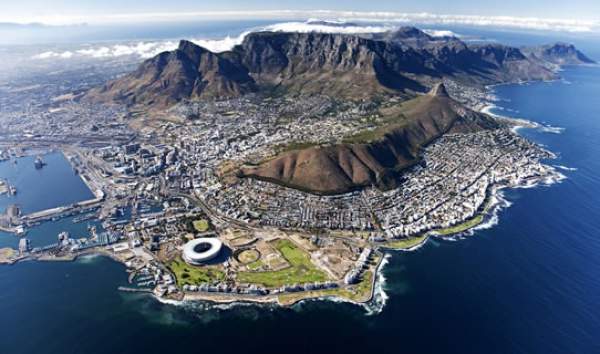 Shanghai and Beijing rose 4 positions each, to No. 6 and 7, respectively, thanks to the strengthening of the Chinese yuan. The Yuan’s appreciation and the high price of imported foreign goods have raised the cost of living in many Chinese cities, with 9 listed in the top 30 most expensive expat locales.

Using New York as the base city, Mercer compares the cost of a variety of factors relevant to expat life, including housing, transportation, food, imported goods, entertainment and clothing. Mercer’s analysis can be used to determine the appropriate compensation packages for employees sent abroad by their companies. Ilya Bonic, president of Mercer’s Talent business, said: “Sending employees abroad is necessary to compete in markets and for critical talent, and employers need a reliable and accurate reflection of the cost to their bottom line.”

The least expensive cities for expats are scattered in different regions, but they are primarily in Eastern Europe, the Middle East and Africa. The least expensive city for expats is Bishkek, Kyrgyzstan, which, according to expatarrivals.com, “is not a popular expat destination, with few moving here for reasons other than an already-established job contract. The exact number of Western expats in Kyrgyzstan has never been determined, but is likely to be around 1,000 people.” Rounding out the bottom three are Windhoek (Namibia’s capital) and Karachi (Pakistan). Tunis, Tunisia’s capital, is the fourth-cheapest place to live as an expat, which could be connected to recent political unrest and terrorist activities with Cape Town, a popular with expats, also also listed as one of the cheapest places to be an expat, thanks to the weakening South African Rand.

Africa has some notably expensive places to live as an expat, due to the “two-tier economy” for locals and expats. Luanda is at No. 1, followed by Chad’s N’Djamena (10), Kinshasa (13) in the Democratic Republic of Congo, Victoria (17) in the Seychelles, and Lagos (20) in Nigeria. Most of this is due to the high price of ensuring an employee’s safety in these areas that are often known for being unstable. Lagos, however, is a burgeoning expat destination, due to its position as the business hub of Western Africa.