A quick guide for International Students

International students should apply for a Study Permit. It is imperative that students await the outcome of this application for a study permit in their own country of residence or origin. 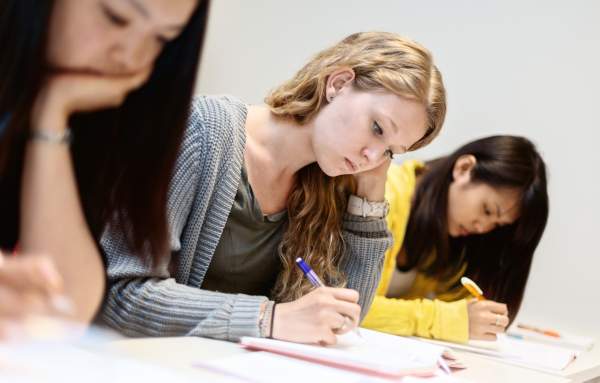 Study permits are issued for a program of study at a specific institution. International students should obtain a new permit only if they wish to change institutions.

Once you have confirmed your acceptance of the formal offer from the university or technikon, you can make your application for a study visa.

Prospective international students are advised to submit their study permit documentation as soon as possible. It normally takes six to eight weeks for applications to be processed. The institution (technikon or university) in South Africa cannot register a student until a valid study permit has been produced. Passports with the valid study permit must be presented to the host institution during registration.

Get your proof of your minimum general Entrance Requirements ready.

In terms of the current legislation and regulations, the minimum general admission requirements for first degree studies at the 21 public South African universities are;

The last comprehensive set of regulations was published on November 27, 1997 but the regulations were amended in 1998 and are likely to be amended annually until such time as the transitional phase lapses. Please see Study Permits for more information.

In the case of technikons the admission requirements generally are;

Technikons are geared to respond to public demand for courses that are needed and will devise short courses specifically to meet such needs. Most technikons in South Africa offer degree programs in various fields of study which have replaced many of the previous Advance Diploma programs. The minimum study period of the BTech is four years although in most cases there are exit points at lower levels enabling students to enter a career at an earlier stage of their study lives.

Technikons should be contacted to establish for which courses a National Certificate (after one year) and a National Higher Certificate (after two years) are offered as lower exit levels. The National diploma (after three years) still remains a major exit point in the technikon qualification hierarchy.

It is important to ensure that your Foreign Qualifications are adequately evaluated.

Until 3 September 1992 the matriculation exemption regulations of the Joint Matriculation Board (JMB) contained some guidelines on the acceptance of some foreign school qualifications for admission to first degree studies at universities in South Africa.

When the Matriculation Board of the Committee of University Principals (CUP) accepted responsibility for administering the matriculation endorsement and exemption regulations on 4 September 1992, this list was extended in the amended set of regulations that was published on 2 December 1994.

The Higher Education Act, Act 101 of 1997, promulgated in December 1997, repealed both the Universities Act and the Technikons Act.

Section 74 of the Higher Education Act, however, determines that those statutory functions performed by the CUP, the Committee for Technikon Principals and the Matriculation Board will be retained for a transitional period.

Towards the end of November 1997 a booklet Foreign Qualifications and their Acceptance for Bachelors Degree Studies at South African Universities was distributed to all universities and a revised version with the same name was circulated subsequently to universities under cover of circular U2/98 of 22 January 1998.

It should be noted, though, that it was not possible to list all the possible qualifications and combinations of foreign qualifications that could be presented for university admission purposes, but the most general ones are listed according to the country of origin.

Applying for a study permit could be a tricky process and finding a competent immigration consultant to aid the process will make sure your application has the best possible outcome. The team at New World Immigration has years of experience and a long list of happy clients who can vouch for their professional conduct, efficient service and up to the minute access to the latest the developments in the South African immigration industry and laws affecting you.

Give New World Immigration a call and based on your specific situation a trained consultant will help you process your Study Visa so that you have the best possible outcome.