Many more Saffas visited New Zealand despite stricter visa conditions. It seems that newly enforced visa conditions, requiring travellers to obtain a visa before departing for NZ, are not scaring off South African’s visiting the country. 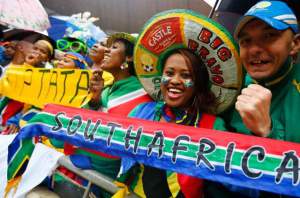 In fact the number of South Africans spending the festive season with the Kiwi rose by 26 percent from the same period in the 2016 / 2017 season.

The ending of the visa waiver agreement between South Africa and New Zealand was a surprise announcement late last year and ultimately lead to reciprocal actions by our own Department of Home Affairs meaning New Zealanders would now also need a visa before attempting to enter the Republic.

Figures published by Statistics New Zealand show 2,144 South African nationals visited the country in November, an increase of 448, or 26 percent, on the same month a year earlier.

On 21 November 2016, Immigration New Zealand ended its visa waiver programme for South Africans, citing the increased number who had been refused entry to New Zealand because they were not genuine visitors.

Previously, South African passport holders travelling to New Zealand for less than three months on business, as tourists, to visit friends or relatives or for short-term study under three months, were not required to apply for a visa before they travel as they qualified for a visa on arrival.