Have you ever wondered what living in Canada would be like?  Have you started considering emigrating and wondered why so many people are choosing Canada over any other country?  The reasons are actually quite simple; Canada offers you and your family a safe and stable life in the country with the third best quality of life in the world. 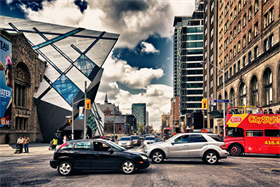 Canada has a strong and growing economy.  The country’s GDP is 10th highest in the world at about $50,000 per person annually! Canada’s unemployment rate is at 5,7% placing Canada in the top performing bracket when it comes to its employment rates.

Canada’s banking system is the bedrock of its strong, secure economy and has been voted the most stable on the planet for seven consecutive years by the World Economic Forum. This financial security allows Canada to offer a good quality of life for the vast majority of residents.

Safer. The country’s violent crimes (including murder, rape and assault) stands at just over a thousand cases per 100,000 of the population.  In 2018 less than two of these cases were homicide.

The OECD Better Life Index awarded Canada an impressive 9.7 out of 10 for safety and security. Gun ownership is lower partly because Canadians simply feel safer.

Cleaner. Canadians can breathe easy knowing their air quality is among the world’s best. According to a recent Fraser Institute study, Canada ranks 9th out of the 33 richest and cleanest countries on the planet for overall air quality.

In Canada people are very environmentally conscious. You’re not going to find piles of garbage everywhere, and you’ll probably never see somebody toss rubbish out their car window.

With as many as 300,000 immigrants settling in Canada every year, Canada is clearly an idyllic destination for any potential expat and immigrant.