Canada has more jobs, specifically in the technology industry, than they know what to do with and it is a problem than could seriously harm the Canadian economy. Without the talent jobs stay empty and without the right human capital in place growth and industry development seizes leaving Canada exposed to economic decline. 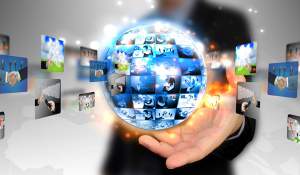 CEO of Cambridge-based cybersecurity company eSentire, J. Paul Haynes said, in response to a Canadian government decision to ease work visa applications, “This has been a conversation for 10 years and we’re just so happy the government is acting. The changes make Canada one of the most accommodating countries in the world for foreign tech talent.”

Haynes says that the tech industry’s growth has resulted in a high number of vacancies going unfilled, particularly in areas of cybersecurity. He said that his firm has been working with Canadian colleges and universities to identify home-grown talent for these roles, but it has not been enough.

According to Chris Plunkett, director of external affairs at Waterloo-based tech hub Communitech, Canada’s tech industry finds itself in a very ‘specific predicament’ and argued that recruiting the right talent from overseas could be the key to domestic job creation in the future.

Plunkett said,“You’re not trying to protect the one job; you’re saying ‘if you bring in one other, how does that then create 10, 20 or 50 or more jobs down the road.’ That’s a big shift and it’s the right shift when you’re trying to create a high-skilled economy.”

Plunkett stressed that the scheme would be crucial to companies such as Clearpath Robotics, which rely on highly specialized personnel like those with PHDs in human robot-interaction.

“Think about the number of people in the world who have that, and even if you have a couple Canadians who have that specialization, they might be working in Silicon Valley, or another company — they’re not sitting around looking for a job.”

“For highly technical companies that can’t bring the talent they need into Canada, relocation is a very real possibility. They either have to grow slower because they can’t build the product that they want or they’re going to have to open an office elsewhere,” Plunkett added.

Shopify’s Alexandra Clark said that the benefit of the government’s scheme will filter down and spread across Canada. “This is not about Canadians missing out on opportunities. This is actually bringing opportunities for Canadians in the workforce and especially in tech companies here in Canada,” Clark commented.