If you have successfully joined a loved one in Canada you would have done so through the country’s Spousal and Common-law Partner Sponsorship Immigration Program. 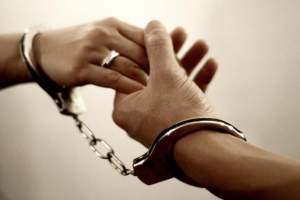 If you think the name is quite a mouth full, so is the application process, but legitimate and qualifying applicants should not have any trouble and should quickly bee one of the many families whom have been re-united through this program.

The Spousal and Common-law Partner Sponsorship Immigration Program is one of the many progressive features of Canada’s immigration system that set it apart from other nations’ policies. However, the spousal sponsorship immigration program is monitored to detect what are known as “marriages of convenience” - this is where the legitimacy of you love and relationship will be tested.

A marriage of convenience is defined as a relationship that is entered into primarily for the purposes of immigration, and therefore is not genuine. Visa officers have a number of tools at their disposal to detect marriage fraud, including document checklists, interviews, and home visits. Coupled with these measures, IRCC has recently released detailed application packages for individuals sponsoring a spouse or common-law partner. These application packages, introduced in December 2016, clarify the document requirements for applicants.

What are the Spousal and Common-law Partner Sponsorship Immigration Program Stats?

As of the 8th January last year 778 applications were being investigated for being under suspicion of it being a marriage of convenience, which if the union is not legitimate, will soon be a very inconvenient arrangement – especially for the Canadian national.

“The data clearly demonstrates that the vast majority of applications to sponsor a spouse or partner are recognised as genuine. IRCC’s overview as of June 2016 showed an approval rate of 86 percent for applications submitted under spousal/common-law partner and dependent child sponsorship classes,” reads a recent statement on the IRCC’s website.

When will your Spousal and Common-law Partner Sponsorship Immigration Program fail?

There are two grounds for refusal of an application for spousal or common-law partnership, centred around the definition of a genuine relationship. “A visa officer may refuse an application on the grounds that the relationship was entered into for the purposes of immigration, or is not genuine — i.e., a marriage of convenience,” warns the site, adding that the second grounds for refusal occurs if a person breaks off a genuine relationship in order to enter into another relationship for the purposes of immigration, and then resumes the former relationship in order to sponsor that spouse/common-law partner for permanent residence.

About proving true love to ‘The Feds’

Many many romantic movies centre around this process. A couple who barely knows each other must marry so that the non-citizen may realize their dream of staying in a particular country. Think ‘Green Card’, ‘The Proposal’, ‘Accidental love’ and so on.

This process is actually not very difficult for genuine couples who will have easy access to a wide range of documents and proofs of their relationship during the application process. This may include bank statements and accounts showing shared finances and shared property ownership or rental. Photographs, travel itineraries, insurance policies, wills, and further documents may all be considered in the processing of an application.

The Canadian government has set itself a target to welcome 64,000 new Canadians applying through the spousal/common-law partner and dependent child sponsorship classes in 2017. IRCC has introduced measures to improve the application and settlement process for sponsored spouses and common-law partners. These measures include decreasing application processing times to 12 months, and a commitment to repealing the conditional permanent residence clause in 2017.

“The current government of Canada is continually working to improve its family reunification programs, and seems to have succeeded already in a number of ways,” says Attorney David Cohen.

“Unfortunately, fraudulent applications and marriages of convenience do happen. However, as the numbers show, these make up a minority — and it is encouraging to see visa officers taking steps to ensure that such applications are detected. In doing so, they are strengthening the process for the many thousands of genuine couples and families looking to build a future together in Canada.”