In part one of this three-part series about how migrants and expats experience Canada expats said that in general the perception of Canada in other world parts was that it was a great country to live in; full of diversity, natural beauty with a strong and stable economy offering growth potential. 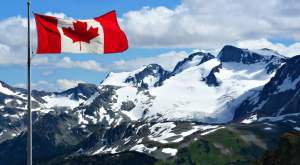 In todays’ blog, part two of three, the interviewed expats and migrants were asked what their own perceptions of Canada was and how it changed from before living there.

The Globe and Mail survey asked; what is your perception of Canada and how has it changed since living abroad?

• Second to none. Canada doesn’t pay lip service to core constitutional and liberal values. It exemplifies them at every level of society. This isn’t to deny that there are still challenges and obstacles in Canada but that it is committed to meeting the ongoing domestic and international challenges. I miss it more than ever. I often point out examples from Canada to illustrate to my students that ideas of health care and cultural pluralism are absolutely possible and viable.
• Since living abroad, I’ve come to appreciate my country much more – for it being multicultural and accepting of differences while celebrating the uniqueness of our diversity, which unified us. I’ve grown beyond the bilingual divide of French- and English-speaking Canadians. Our upbringing is much more global than I realized when comparing expat Canadians to, say, expat Americans and Australians. We take a global approach much more easily than most.
• I now recognize many more of the shades of grey. I’m still a fervent supporter of universal health care, yet having lived in countries with hybrid systems (Germany) and ones with private systems, it becomes apparent that universality comes at a cost in terms of service levels. I have the feeling that Canada is not as present on the world stage as it once was. The Harper years damaged Canada’s reputation as a diplomatic player abroad.
• I think Canada is a place where multiculturalism has worked out remarkably well, and it’s something that the rest of the world needs to emulate. But we have our own strains of nativism, and that worries me. I used to be extremely patriotic and nationalistic. After living abroad for 16 years I think nationalism is overrated. Every country has its great sides and its dark sides, and being proud of a country simply because you were born there (i.e. if you’ve never lived outside of it) seems a bit absurd to me.
• I love Canada. I love the diversity of the country and how it is embraced. Many Canadian “ideals” reflect my own moral leanings. I’m concerned by the ongoing mistreatment of First Nations people in the country and I don’t think that is something that many people know about where I’m from. I think my perception has stayed fairly similar but I’ve grown generally fonder of Canada.
• I love visits back to Toronto and almost see the city as a tourist.
• Canada is a great country that remains peaceful and kind … but cold. I’ve come to appreciate how well run and transparent it is and appreciate the quality of education it offers. It does feel uptight and reserved to me after living in Colombia.