Global Talent Stream: One of the quickest ways into Canada

Scientists, technology experts, engineers, mathematicians and those in related fields could enter and work in Canada in record time by making use of a special visa program designed to attract the best and the brightest.

Canada’s Global Talent Stream is a visa which offers individuals with proven talent in mainly the STEMs (Science, Technology, Engineering, and Math) disciplines quick access to the Canadian job market and the opportunity to gain invaluable experience on their way to Permanent Residency. 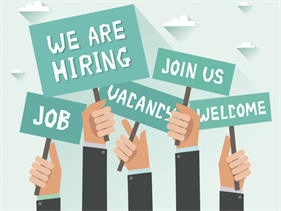 News just in is that the Global Talent Stream, first introduced in 2017 under Canada’s Temporary Foreign Worker Program, could now become a permanent fixture on the Canadian visa menu!  This specialist visa stream could have candidates work-ready in as little as two weeks from application.

"We are attracting some of the most highly skilled people of the world, through our global skills strategy," Ahmed Hussen, minister of immigration, refugees and citizenship Canada (IRCC), said in the budget document, tabled recently.

At the rate with which the technology sector is booming not only in Canada but globally there has been a growing demand to make this two-year pilot project permanent a permanent fixture on the country’s visa list.

The proposal to make the popular pilot permanent was announced in the 2019 federal budget following calls to do so from Canadian businesses. The Council of Canadian Innovators, which represents more than 100 of Canada’s fastest growing technology companies, added their voice to the calls.

Benjamin Bergen executive director of the council, said in a statement to CIC News that making the pilot permanent will help Canadian tech leaders in their ongoing efforts to access the talent they need to “scale-up globally.”

“Highly skilled talent is like jet fuel for fast-growing companies,” Bergen said.  “The two-week visa processing time has been a game-changer for Canadian scale-ups looking to build a team around uniquely skilled workers with global experience from outside of Canada,” Bergen said.

Canadian economists commented on the 2019 Canadian budget saying that the GTS program alone has sparked the creation of almost 40,000 new jobs for the Canadian and permanent residents, develop more than 10,000 co-op placements and invest more than $90 million in skills development and training.

While the GTS might be a temporary visa the experience gained while working for a Canadian employer will be invaluable and certainly counts towards Express Entry scores – positively contributing to a more permanent visa / residency application.

STEMS jobs that are in high demand

The following high-demand occupations have been identified as areas in which there is a skills shortage in Canada. This list was developed in consultation with labour market experts and key stakeholders, and ESDC states that it may be updated periodically.