Canada and Australia Take the Lead in COVID-19 Response

Most of the world’s major players have come up with very aggressive plans to deal with the international COVID-19 pandemic. After the European Union and Asia had failed to act expeditiously Canada and Australia too were among the countries who took a zero tolerance approach to the virus investing billions of dollars, resources and thousands of man-hours to limit the effect the virus on their nation. 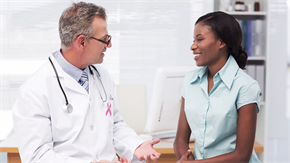 We took a look at how Australia and Canada are reacting to the COVID-19 international crisis.

More than eight weeks ago on 15 January, Canada’s health department activated its Health Portfolio Operations Centre and triggered the Federal/Provincial/Territorial Public Health Response Plan for the Biological Events.  The Canadian President said in a statement that financial considerations should not and will not be an obstacle to hospitals and health systems making the necessary preparations. On 17 March Canada had 566 confirmed Covid-19 patients.

The plan focusses on some key areas which will protect citizens and lessen the impact on their lives.  So far the Canadian government has made over a billion US dollars available to deal with the pandemic:

To support the immediate response to the outbreak, $50 million was allocated to support initial actions, including border and travel measures and sustained activation of the Health Portfolio Operations Centre.

Nearly $300 million have been invested in research focusing on accelerating the development, testing and implementation of measures to deal with the outbreak and to fund the development of a vaccine.

In support of global efforts to combat COVID-19, the Government of Canada provided over $50   million to the World Health Organization for international assistance.

In Canada is closely monitoring the impact of the virus on Canadian jobs, workers, entrepreneurs, and economic growth. Canada allows people who are in quarantine or have been directed to self-isolate to claim Employment Insurance sickness benefits. In a statement on the Canadian government’s website it was clear that Canada will do everything it can to prevent and economic melt-down. “To support businesses should the economy experience tightening credit conditions, the Government will act swiftly to stimulate the economy by strengthening investment in federal lending agencies such as the Business Development Bank of Canada and Export Development Canada. In addition, flexible arrangements could be made for businesses trying to meet payment obligations to the Canada Revenue Agency.”

The Australian Federal Government has reacted firmly to the health crisis with a lot of focus on limiting the spread of the virus within its borders and making unlimited funds available to the public health system.  Australia is spending in excess of AU 5 billion Australian dollars on reducing the impact this virus, that has infected 454 Aussies so far, will have on life Down Under.

Australia has taken action at their borders moving to the highest level of travel restrictions. Confirmed cases have been isolated or quarantined for at least 14 days and anyone entering the country must also self-isolate for 14 days after arrival.

AU $100 million will fund a new Medicare service for people in home isolation or quarantine, as a result coronavirus, to receive health consultations via the phone or video such as FaceTime or Skype.

An uncapped fund starting at AU$100 million has been made available to hospitals.

The Government will provide AU $25 million to fund home medicines services which will enable patients to have their medicines delivered to their home.

The Government is investing AU $206.7 million for up to 100 dedicated respiratory clinics and make AU $170.2 million available for pathology tests for COVID-19.

Senior Australians will be protected through a major funding boost of AU $101.2 million to educate, train and employ extra nurses and aged care workers for both residential and home care.

Australian will be spending AU$2.4 billion on testing, tracing transmission / infection and protecting citizens against the virus.