20 Reasons why Canada is the land of Dreams 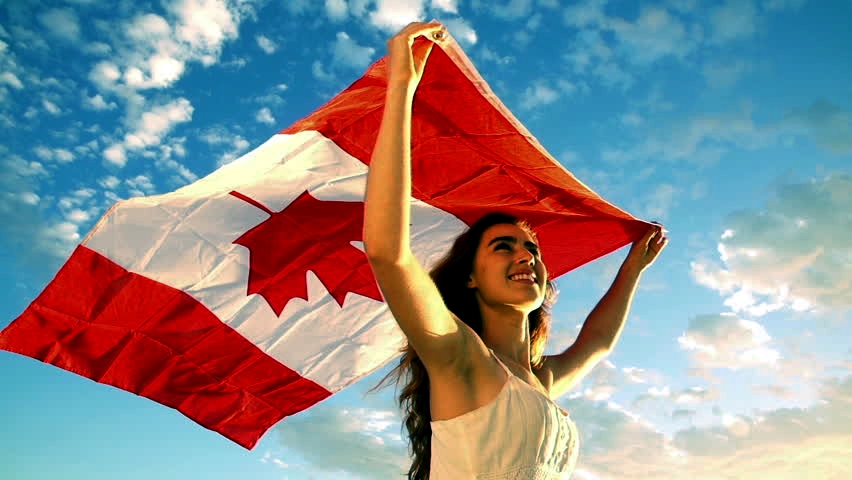 Positioned between the Arctic and the United States, Canada’s massive frozen tundra extends into the Arctic Circle. Split similar to the USA; in the western half of the country, the Rocky Mountains run north to south, and prairies provide huge grain and canola growing areas. Eastern Canada is the traditional heart of the nation, with Toronto, Montreal, and the national capital of Ottawa, all located in the East.

It is a vast country with cold winters, spectacular autumn displays, a colourful rich and diverse population and is easily seen as one of the most successful and peaceful countries in the world.  These are some of the reasons so many people dream of a life in Canada.  Read on and find out why Canada is more than the Great White North.

Canada has one of the world’s most progressive and sophisticated  immigration systems.  The country has room for a lot of people and to make sure that Canada remains a world economic super power it has to keep up with local and international trade, production and technological demands.  For this reason the country opens its doors to more than 300,000 new permanent residents every year.  Seeing migrants as an asset the government invests millions of dollars every year to help these newcomers settle into their new lives in Canada.

Canada is one of very few countries who actually offer migrants the option to apply for permanent residency from the get go – most other countries offer visas which will expire in a few years.  With permanent residency you know that you can live in Canada for as long as you like and build a life there secure in the knowledge that there is no expiry date looming.

Canada spends more on education than any industrialized nation! An HSBC global study of 6,241 parents across 15 countries and territories, parents around the world say that when it comes to quality of education, quality of life and job prospects for international post-secondary students, Canada is a top-three destination. One in three Canadians hold a university degree!

Canada is renowned for its low crime rates and for being one of the safest places on earth. According to the OECD Better Life Index, Canada is the third safest place in the world with an impressive rating of 9.8 out of 10 for safety. South Africa has the 8th highest prison population in the world.  More than 330 citizens in every 100 000 are serving jail time.  Jails in South Africa are at an average capacity of 140%. In stark contrast Canada’s prison population is less than half of South Africa. Canada has 130 convicts per 100 000 of its population.  What’s more is that, according to Statistics Canada, their prison population has showed a steady decline since 2005.

Canada's universal, publicly funded health-care system—known as Medicare—is a source of national pride. According to the World Health Organization’s rankings Canada is ranked 30th in the world 7 positions ahead of the USA, 11 spots ahead of New Zealand and ranks 145 positions better than South Africa’s system at number 175 out of 190 countries.

According to the Canada 2011 Census there were 34,000 Canadians who claimed South African ancestry, either full or partial. This figure is likely to be closer to 37,000 by 2019.

According to the OECD, Canada is the second healthiest country in the world with a score of 9.3 out of 10.  In addition, on average, Canadians live longer than Americans!

Canada was recently listed as the 6th happiest country on the planet. Upon hearing the news, the Canadians were ecstatic! Sweden, which secured fifth place, now feels threatened and a bit more insecure.

Canada has more than enough jobs at the moment and as the country grows more jobs are created every day. In 2017, the unemployment rate in Canada was at around 6.33 percent – consisting mostly of children under 18, retired and disabled persons.  South Africa’ un-employment rate is 20 percent more.  This means that you are five times more likely to find your dream job in Canada than you in South Africa.

According to the 2017 Country RepTrak, by the Reputation Institute, who measured the reputation of the 55 countries with the largest economies in the world Canada is the most reputed country in the world! Canada is used to the top spot: in the past six years Canada placed first four times. The survey considers public perception of every country’s government, the country’s economic standing, the quality of living enjoyed by citizens and the government’s international relations.

Canada is also listed by the OECD as the number one world leader when it comes to acceptance and tolerance of minorities.  The country’s population is largely made up of migrants ensuring a melting pot of colours, cultures, languages and customs. One in 5 people in Canada are migrants.  More than 20 percent of the population were born overseas or are second generation migrants.

Canada has a strong and stable economy, with lots of opportunities for skilled workers.  Canada is expected to be among the strongest growing economies in the G-7 over this year and next. The country boasts the most stable banking system in the world – for the seventh consecutive year – according to the World Economic Forum. Canada has a low annual inflation rate, which means you and your family can benefit from reasonable cost of living.

Canada is ranked by Bloomberg as the second-best place in the world for doing business.

This year's HSBC Global Survey showed the move to Canada has given seven in every ten expats, including those with families, a better quality of life. It's a life they stay to enjoy: a quarter (25%) have been here for more than 30 years and most (60%) of the expats living here see themselves as citizens of Canada rather than the country they came from.

The Northern Lights, snow covered landscapes, forests in full rich autumn colours, the spectacular Rockey Mountain Range, Niagara Falls some of the world’s most pristine coast lines and home to the second largest lake in the world – all of this and much more awaits you in Canada.  Canada hosts 44 national parks one of which is also the most beautiful forest in the world, The Great Bear Rain Forest, which is located on a secluded island off the Canadian coast. World Ranker positions Canada as the 7th most beautiful country in the world.

It might not be rugby or cricket or even soccer but Canada is a sports mad nation.   Canadians are serious sports people.  The country finished 3rd overall in the 2018 Winter Olympics.  Canada took home 22 medals in the 2016 Olympics in Rio.  South Africa mustered 10 medals. An excellent achievement for Canada if you consider that South Africa’s population is about 20 million more than Canada’s.

Sports in Canada consist of a wide variety of games. The most common sports are ice hockey, lacrosse, gridiron football, soccer, basketball, curling and baseball, with ice hockey and lacrosse being the official winter and summer sports, respectively.

From coast to coast to coast, the country is home to vibrant and culturally rich cities, along with incredible natural wonders. In Western Canada, the Rocky Mountains and cities of Vancouver, Victoria, and Calgary dominate most itineraries. In Central Canada, Niagara Falls, Toronto, Ottawa, Montreal, and Quebec City, are some of the most popular possibilities. For those who venture out to Canada's Maritime Provinces in the east, the beauty of Gros Morne National Park, along with the cities of Halifax and St. John's provide their own unique character. Off the beaten path, but equally impressive is Canada's North, with an opportunity to see polar bears in the wild and explore the remote beauty of places like Nahanni National Park and the cities of Whitehorse and Yellowknife and don’t forget the Toronto CN Tower which, at 553m high, offers unsurpassed views and a revolving restaurant.