This May, six new pathways to permanent residency will be available to essential workers, international student graduates, and French speakers in Canada. 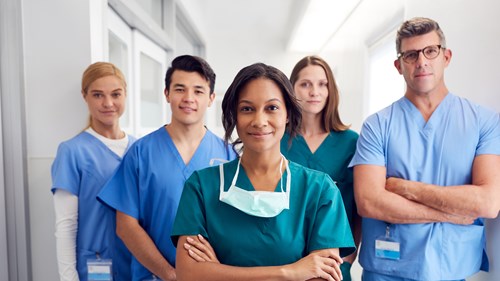 The new programs will be available to temporary workers in hospitals and long-term care facilities, as well as those on the front lines of other critical industries, as well as international student graduates from Canadian educational institutions.

As of May 6, Immigration, Refugees and Citizenship Canada (IRCC) will begin accepting applications in three streams:

The streams will remain open until November 5, 2021, or until their capacity is reached. These new public policies affect workers in 40 healthcare occupations, as well as 95 other critical jobs in a variety of fields, such as caregiving and food production and distribution.

Workers must have at least one year of Canadian work experience in a healthcare profession or another pre-approved essential occupation to be eligible. International graduates must have graduated from an eligible Canadian post-secondary program within the last four years, no earlier than January 2017.

To qualify, graduates and workers must be fluent in one of Canada's official languages, meet general admissibility requirements, and be present, authorized to work, and working in Canada at the time of their application. They must also live in a Canadian province other than Quebec.

“These new policies will help those with a temporary status to plan their future in Canada, play a key role in our economic recovery and help us build back better,” Mendicino said in a media release. “Our message to them is simple: your status may be temporary, but your contributions are lasting—and we want you to stay.”

Since the fall, after announcing the highest immigration targets in Canada's history, the immigration minister has hinted at the possibility of facilitating temporary resident immigration. Mendicino stated that the move was required to recover from a year of reduced immigration. In 2020, Canada will have admitted insufficient immigrants, and population growth will have slowed to pre-World War I levels.

Over the next three years, Canada hopes to welcome approximately 1.2 million new immigrants. Although approximately 401,000 people are expected to become permanent residents in 2021 alone, coronavirus-related travel restrictions remain in place, preventing many people from immigrating to Canada.

Canada's immigration system already aims to make the transition to permanent residence easier for those who are already in the country. Many of Canada's over 100 different economic class programs give extra points to those who have Canadian experience or are specifically designed to help such transitions. This is largely due to Statistics Canada research demonstrating that pre-landing Canadian experience facilitates integration into the country's labor market.

Furthermore, facilitating such transitions has been critical to Canada's efforts to promote a more even distribution of immigration across the country. This strategy assists smaller cities and communities in retaining temporary foreign workers and international students who have established roots in their communities.

These new steps taken by the immigration department clearly cements the notion that immigration plays a big role in the economic sustainability and recovery of Canada, and that this will remain at the forefront of the goals of the country. More pathways for temporary workers are being opened to transition to Permanent Residency. This is also a sign that Canada is adapting to the circumstances and slowly starting to recover from the pandemic. Canada has a long history of immigrants, and this is also one of the cornerstones on which the country has been built. Canada will remain active in attracting new immigrants and continue to seek skilled workers to join their country and asssit in rebuilding the economy.