Tasmania needs teachers: Your Teaching Degree could be your way into Australia.

The Australian state of Tasmania will be considering all visa applications from foreign teachers.  The state has announced that it will be doing everything it can to recruit an additional 250 teachers within the next 5 years. 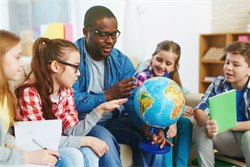 “We want the best and the brightest,” Mr Rockliff said.

“We are hoping for as many of these positions as possible to begin from next year.

“The reality is increasing teacher numbers is only possible because we have a fair and affordable wages policy which equates to a six percent pay rise over three years.”

Tasmania is facing a particularly desperate shortage of math and science teachers.

Speaking to The Tasmania Examiner, Mathematical Association of Tasmania’s Lucy Stone said the shortage of teachers will have devastating effects on the educational system and should be addressed urgently.

A “comprehensive plan” was needed to ensure all schools had appropriately trained mathematics teachers, the Mathematical Association of Tasmania president Brett Stephenson said.

“We currently have shortages of mathematics teachers and we believe that the situation will worsen as experienced teachers retire,” Mr Stephenson said.

University of Tasmania Associate Professor of mathematics Rosemary Callingham said there had been a shortage of specialised mathematics teachers “for some time now” that would likely worsen with the policy of all state school extending beyond grade 10.

“Particularly with the push to put on [grade] 12 in all schools, there’s no way we could cater even for the lowest level pre-tertiary course in Tasmania,” Professor Callingham said.

“There isn’t an overall strategy and that’s what we probably need.

Education Minister Jeremy Rockliff said the Liberals had pledged 35 specialist numeracy and literacy teachers, and enacted a $4.2 million strategy for specialist skills, including maths and science.

An audit proposed by opposition education spokeswoman Michelle O’Byrne would seek to identify how many teachers were teaching out of their own subjects.

In the past decade Tasmania's population has grown at a rate faster than France, but the growth is still relatively low compared to other states, according to the latest Deloitte Access Economics report.

The population growth is considered an important driver for the improved business and economic outlook in the state.

"A strong population base … actually supports growth in not only the economy but also in government's ability to provide the sorts of services that Tasmanians need, into our schools, into our hospitals, into our infrastructure," Premier Will Hodgman said.

In the past, natural increase has been the state's biggest population driver but it now ranks behind overseas migration and interstate migration.

"We just came down for a change of pace, a different lifestyle and to get out of the big city," Mr Longworth said.

"The outdoors, camping and fishing and all of those activities we love doing on the weekends are more accessible."

There's currently a shortage of tradespeople in Tasmania and as a builder, Nick said he immediately found work.

"I guess we're lucky with our professions being a teacher and a builder, you can kind of move with that work anywhere," Liz explained.