How safe will you really be in Australia?

Safety concerns continue to be one of the largest driving forces behind immigration.  People who feel their and their families’ lives are under threat from political unrest, crime or even war have for many generations opted to leave their home country in search of a safe, calm and secure life. 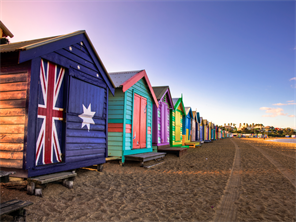 Australia has a long history of being a safe haven.  A brilliantly governed, first world country with law abiding citizens, excellent employment and education levels and sensible balancing of spending has resulted in it being internationally known as a country offering a brilliant quality of life.

What do the safety stats say?

The Australian Institute of Criminology’s latest report on national homicide trends for the years 2012-13 and 2013-14 shows the incident rate is the lowest on record in the past 25 years.

Australia’s rate is much lower than the average global homicide rate of 6.2 per 100,000, as estimated by the United Nations Global Study on Homicide report. Countries with high homicide rates in 2012 included Colombia (30.8), Mexico (21.5), and South Africa (31).

In 2018, Australia recorded the lowest number of burglaries since 2010.

Expert put the drop down to a strong economy and a top notch police and forensics department.

“If you break into a home, and that’s your gig – but you leave fingerprints. There’s more a risk you’ll be linked to other offences. That wasn’t a thing before,” Dr Garner Clancey, a former crime prevention consultant and senior lecturer for the University of Sydney, told an online publication called Mamamia.

The 2018 stats broken down showed that 22 per cent of prisoners were serving sentences for “acts intended to cause injury” – in other words common assault. The next highest is illicit drug offences at 16% - Australia is known to drug offences particularly serious as the believe is that drug trading and usage result in overall increased crime rates.  Offences related to sexual assault accounts for 12 per cent of the prison population.

Australia is the 10th safest country in the world!

Your biggest risk in Australia is probably getting sunburn.  While one might expect to find tips like ‘don’t walk around with expensive cameras, cellphones and jewelry, the top tip on most traveler sites is to wear a hat and sunblock!

Chances of being a victim of petty crime is also low.  “There is nearly no pickpocket risk in Australia, except for rare cases in Sydney and Melbourne.

You are very unlikely to get mugged or kidnapped.  Australia is a safe country regarding mugging and kidnapping risks, although some urban areas are best avoided at night.

There are virtually no scammers in Australia. Public transports and taxis are generally very safe and the country has not recently been targeted by terrorist attacks.

Tenth safest is not bad!

Australia is a very safe country. It is ranked 10th out of 162 on the ranking of the safest and most dangerous countries.

In the 2019 Best Countries report only the icy Scandinavian countries, as well as the Netherlands, Switzerland, and Luxembourg placed ahead of Australia in the safety report. So there you have it; any place safer than Australia is too cold for a braai anyway.