According to the newest available data Australian companies are attracting South African accountants, software developers and business analysts amongst other while Saffas already living Down Under are likely to be employed as HR and Marketing Professionals, Engineers, Software Developers and Healthcare professionals. 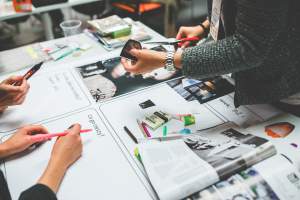 Based on data collected during the 2011 Australian census approximately 145,683 South Africans were living in Australia – 8th behind the UK, New Zealand, China, India, Italy, Vietnam, and the Philippines.

By 2016 this number shot up by about 33 000. That’s 30 000 skilled and educated South Africans employed by Australian companies.

According to the 2011 census data, 63% of South Africans in Australia were employed in either a skilled managerial, professional or trade occupation. The corresponding rate in the total Australian population was 48.4%.

“The number of visa assessments processed in July and December 2015 were 67% higher than the number processed in July and December 2014. This increased trend continued through to January and February this year,” commented one migration expert.
“The main reasons given are security, corruption and a lack of future job prospects. However, in July 2015, the load shedding issue was raised. The sacking of Nene and the volatility of the rand became an additional reason after December 2015.”

Skills that got South Africans to Australia

A recent report by the Australian government showed that the top 10 skills of South Africans emigrating to Australia through the country’s permanent Migration Programme in 2014–15 were as follows:

But as South Africans settle into the Aussie lives and as their careers grow they seem to mostly be employed in the occupations listed below.

South African men living in Australia are likely to be employed as follows: