Ireland has a long history that dates back to the Stone Age.  It is steeped in magical mystery, stories and myths. Set on a backdrop of rolling green hills, stony shore lines with massive cliffs, majestic highlands and ancient stone towns Ireland is a wonderfully modern, stable, safe and growing European country.

Ireland, Europe’s second most populous island, offers not only offers leprechauns and legends! This ancient society is now a modern, vibrant, dynamic and cosmopolitan country with some of the happiest citizens in the world.

Nearly 7 million people live in Ireland – which is divided by the Republic of Ireland in the south and the British ruled north. The Irish is known for being friendly, funny and very witty! Ireland is a politically stable country with a low crime rate. Irish police do not even carry firearms – just lovely yellow jackets and politely request adherence to rules with the Irish public happily abiding.

Ireland is regarded as one of the Celtic nations of Europe, alongside Scotland, Wales, Cornwall, Isle of Man and Brittany. This combination of cultural influences is visible everywhere.

Yes, it really is as pretty as you see in the movies! Beautiful and untouched, Ireland’s scenery is beyond compare. West Cork, Dingle, Galway, the Ring of Kerry—the list of postcard-worthy places is endless.

Thousands of lakes, over 14,000 kilometres of fish-bearing rivers and more than 3,700 kilometres of coastline, plentiful rain and fertile soil all adds up to Irelands strong farming industry with special focus on dairy and meat – with much of their produce exported throughout Europe.

So it’s not hard to see why Ireland has been rated as the 2nd best country on the 2019 Good Country Index and placed 12th overall in the 2019 Global Peace Index!

A new United Nations report on human development has placed Ireland in third place in a list of countries offering residents an excellent quality of life.  The index cited Ireland's excellent Human Development Index, ranked at 0.942, as well as the long life expectancy for (an estimated 82 years) as the motivation for the good ranking.  Free universal health care and social grants also played a huge role.

Irish citizens spend an average of 12 years in full-time (mostly free) education, making the Irish one of the countries with some of the highest education levels in the world.  Ireland has a stable growing economy and its citizens are considered to be financially well off.  In terms of GDP per capita, Ireland is ranked as one of the wealthiest countries in the OECD and the EU-27, at 4th in the OECD-28 rankings.

Immigrants are welcome too

With growing prosperity since the last decade of the 20th century, Ireland became a destination for immigrants. The Republic of Ireland in particular has seen large-scale immigration, with 420,000 foreign nationals as of 2006, about 10% of the population. A quarter of births (24 percent) in 2009 were to mothers born outside Ireland. 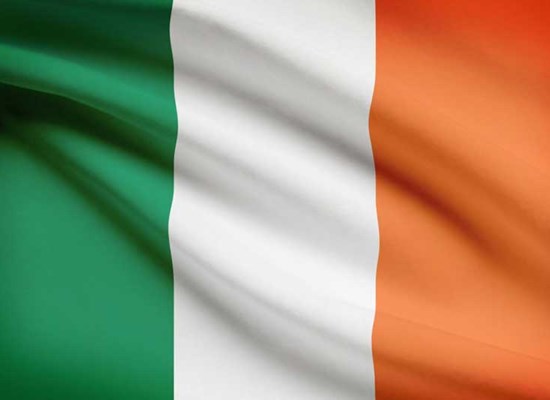